Renaissance is open for safe private inspections by appointment. Contact us to arrange your socially distanced tour
Call 07 3820 7700 between 10am and 4pm, 7 days a week

What are some of the difficulties with moving to a retirement village?

Hear how our residents overcame the odds to triumph

Andrew Carins, General Manager at Renaissance Retirement Living: “Downsizing is often the hardest part of moving. Where do you start? In this video we speak with some of our residents who had some very challenging issues to face when they were moving.”

Selling the family home can be a challenge

“There were two items: firstly the sale of the house. It took us well over a year to sell the house, a lot of problems in trying to sell a house particularly as we'd been there for so long.”

“Selling the house was a pain. The market seemed to collapse the day after we listed it, we blamed ourselves for that but we decided to keep on keeping on because it was worth the extra effort.”

The difficulty of downsizing from the family home

“And the other thing of course was getting rid of the possessions and the wonderful treasures that we had accumulated over 23 years at that house.”

“Oh Frank had a wonderful garage where everything was for sale that we wanted to get rid of. And we'd ask people who had shown an interest in something, we'd ask them how much they were prepared to pay or how much they thought it was worth. And we always accepted their price. What wasn't sold, Frank got the van from Aid for the Blind and they came and picked up a whole truckload of stuff on the Monday it's all gone. Wonderful!”

“After signing up with the sales office, a fortnight later we received a resumption notice from main roads. We thought ‘oh well that's the end of this – we won't be able to move’. I spoke with Sue at the sales office who prompted me to look for an early resumption. And that’s where Prue took over.”

“I wrote to everybody possible and we saw our local MP and just pushed and pushed and they were all just wonderful. And they gave us an early resumption because our house was already on the market and we'd signed here. And they gave us the price we wanted said take as long as you like to move. And so we decided okay – we've won the lotto now. It was meant to be.”

Find out why so many people love moving to Renaissance

At Renaissance Victoria Point we’re always happy to welcome you to our village for a personal tour. The best way to find out the reality of retirement village life is to come and see it for yourself!

We’d love to show you around and introduce you to some of our residents. They’ll share wonderful stories of their life in our community and why they’re glad they made the move.

Call Renaissance today on (07) 3820 7700 or get in touch online to find out more about our outstanding Victoria Point retirement living.

Topics: Moving into a retirement estate 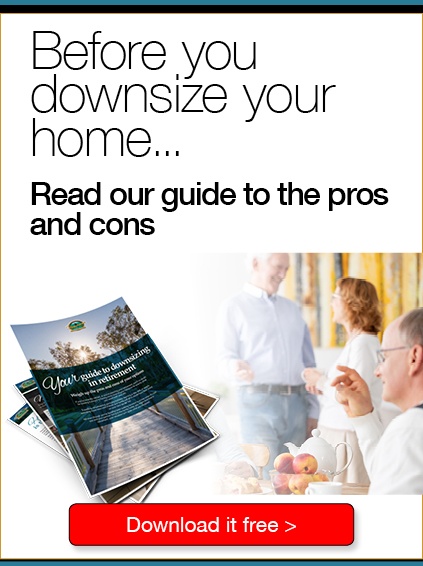